The sequel to James Cameron’s Avatar has taken its sweet time getting here, but it looks as if we’re finally going to get our hands on the movie by the end of this year.

The sci-fi adventure briefly lost the title of ‘highest-grossing movie of all-time’ to Avengers: Endgame, but claimed it back last year following a special cinema re-release in China.

Nevertheless, it has been argued that interest in this franchise has waned during its 13-year absence, especially as that timeframe has seen the likes of Marvel Studios change the landscape of blockbuster cinema.

However, the team behind the movie seem confident that the lush vistas of Pandora will tempt audiences back, including star Zoe Saldana, who has teased the film’s technological breakthroughs and emotional heft.

“He was finally able to crack that challenge; that whole thing that you can’t imitate water virtually through performance capture,” she began in an interview with reporter Kevin McCarthy.

“That was just a challenge he had taken upon himself and it took him years and he did it. It’s powerful, it’s compelling. I can get choked up just talking about it.”

Saldana added: “I was able to see just 20 minutes of the second instalment right before the year ended, last year [2021], and I was speechless. I was moved to tears.”

With statements like that, it’s understandable that movie fans are keen to feast their eyes on Avatar 2 footage themselves, with recent speculation claiming they’ll be able to do just that in the near future.

The Ankler reports that Disney is planning to debut the first Avatar 2 trailer before much-anticipated Marvel flick Doctor Strange in the Multiverse of Madness, which is due for UK release in May.

For more on what to expect from Avatar 2, read on for everything we know so far.

Avatar 2 has seen numerous delays over the last decade or so, most recently due to the coronavirus pandemic, but the latest release date it has landed on seems to be its most plausible yet.

Therefore, we’re saying with some confidence that movie-goers can expect to see Avatar 2 in cinemas on Friday 16th December 2022, roughly 13 years to the day since the release of the first film.

Filming on the sequels took such a long time because of the technological advancements required to tell the story and the logistical challenges of filming Avatar 2, 3 and 4 at the same time.

Following the latest shuffle of Warner Bros release dates, Avatar 2 will now be going up against Shazam! Fury of the Gods at the box office, with the director of the DC Comics sequel recently acknowledging his tough competition.

“Poor James Cameron must be shaking in his boots right now,” tweeted David F Sandberg in March 2022. Here’s hoping there’s enough room at the multiplex for both films to find an audience.

Once the first Avatar sequel is finally released, fans won’t have so long to wait for further adventures on Pandora, as Avatar 3 is slated for just two years later on 20th December 2024.

There will be another two years before the following entry, as Avatar 4 is currently due to arrive on 18th December 2026, while the fifth movie will launch on 22nd December 2028.

Of course, take this ambitious plan with a grain of salt; Avatar 2 was initially scheduled for release in 2014, so that gives you an idea of just how unreliable these official dates have been up until now.

However, it does bode well that much of the principal photography for the first trilogy is now complete, with Cameron offering an update to Dune director Denis Villeneuve as part of Variety’s Directors on Directors series.

“[Avatar] 2 is kind of fully in the can, we have a working cut that we’re filling in the visual effects and I feel pretty confident with that film,” he said.

“[Avatar] 3 is still a bit shadowy, it’s way too long and I haven’t really turned my energy into a disciplined cutting process on that yet, but I know I’ve got it. I know I’ve got the performances and that’s the important thing.”

He added: “I’ve done all the capture and I’ve done most of the live-action shooting. I still have a little bit on some of the adult characters because we were more concerned with the kids ageing out [of their roles].” 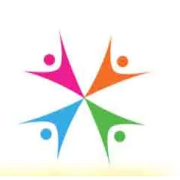