The slumping Indiana Pacers will hope to end their six-game losing streak against defending champions Milwaukee Bucks on Tuesday at the Fiserv Forum. Indiana are winless against Milwaukee in three tries this season.

The new-look Indiana Pacers had a miserable night in their 129-120 loss to the Minnesota Timberwolves. Rick Carlisle’s team played well, but was overwhelmed by the size and depth of the Wolves. Tyrese Haliburton, in only his second game with his new team, tallied 22 points, 16 assists, and five rebounds. His effort went for nought, though, as the Wolves extended the Pacers’ losing streak.

Meanwhile, the short-handed Milwaukee Bucks surprisingly lost 122-107 to the heavily-revamped Portland Trail Blazers. Giannis Antetokounmpo sat out with a sore ankle, but could be back to face the Blazers. Serge Ibaka made his debut for the Bucks in the last game but wasn’t on point except for the first few minutes of the clash.

“That’s really kind of unacceptable for us…we need to be a lot better.”

Even without the Greek Freak, George Hill, and Pat Connaughton, the Milwaukee Bucks were heavily favored against the revamped Blazers. Alarm bells could start ringing if they don’t fare better against another injury-riddled slumping team.

The Indiana Pacers are only 4-11 in their last 15 games, including 0/6 in their last six matches. Shaking up the roster has not significantly improved their play. They look as out of sorts as before, except for a few stretches in games.

The Pacers had six players in double figures, and competed for much of the game till they wilted when it mattered most. Buddy Hield had 13 points on 19 shots, which emphasized the Pacers’ shooting woes. They’ve been playing basically almost the same, but with different personnel.

The good news for the Pacers is Tyrese Haliburton’s play. He’s looking like a budding star who has the potential to make the Pacers relevant again.

Tyrese Haliburton played 41 minutes, and was clearly the Indiana Pacers’ best player in the last outing.

Rick Carlisle has given him the keys of the Pacers’ offensive sets, and he’s already looking comfortable handling the pressure and expectations. Haliburton had 16 assists, but could have had more had his teammates been more efficient with their shooting. 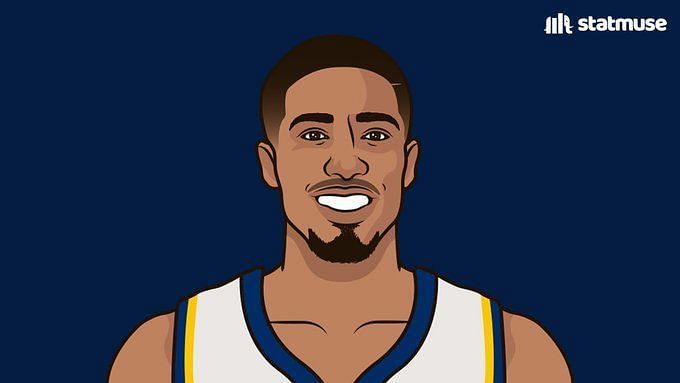 The 21-year-old combo guard is having a career year this season. He has posted career-best numbers in scoring, assists, steals and three-point shooting. In two games with the Pacers, he is averaging 22.5 points, 11 assists and two steals on a 55.6% clip from behind the arc. Indiana have got a potential All-Star in Haliburton.

Check this out – Barstool: 2 for 1 New Player Bonus

The Milwaukee Bucks hardly looked and played like defending champions in their humiliating loss to the Portland Trail Blazers.

Even without three key players, including Giannis Antetokounmpo, the powerhouse squad still couldn’t stop the newly formed Blazers roster. They looked disinterested for stretches, and paid dearly for it.

Khris Middleton ended his night with a near triple double of 16 points, 11 rebounds and nine assists. However, on a night when they needed someone to take up Antetokounmpo’s production, the All-Star forward shot miserably. He made only 3-15 field goals, including a horrific 1-8 shooting from distance.

This is not the game the Bucks needed from Jrue Holiday and Khris Middleton with Giannis Antetokounmpo sidelined.

They have combined for 14 points on 4-of-15 shooting with 7 turnovers.

The Milwaukee Bucks’ defense has been horrendous in their back-to-back losses to the Phoenix Suns and the Blazers. If they can get back their defensive identity, they should do considerably better than what they did against the Blazers.

If Giannis Antetokounmpo continues to sit out, Jrue Holiday could be key for the Milwaukee Bucks against the Indiana Pacers. Holiday’s defense could be crucial against Haliburton and Hield. The veteran guard has played well in his last ten games, and will look to lead the team if their franchise player is unavailable.

Holiday is averaging 18 points, 4.7 rebounds and 6.6 assists this season. Despite the pedestrian numbers, he’s an essential part of the Bucks, especially if Antetokounmpo does not suit up. Holiday is shooting a career-best 40.2% from the deep. His efficiency complements his underrated post game.

The loss to the Portland Trail Blazers should be eating the Milwaukee Bucks. Unless there’s something wrong with the team, they should be raring to remove the bad taste in their mouth after the disappointing loss. Milwaukee could right things from their end and extend the Indiana Pacers’ losing streak.

Where to watch the Pacers vs Bucks game?

The NBA League Pass will stream the game live. Live coverage of the matchup will be available via Bally Sports Wisconsin and Bally Sports Indiana.