Women are an inherent part of society and cannot be neglected due to their less power and authority. They are created as a companion for men and men have to make her walk with them in the course of life.

“O fairest of creation! last and best
Of all God’s works”. 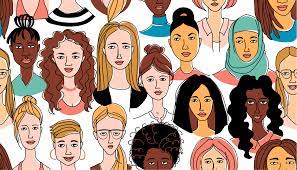 Man and woman have been rightly compared to the wheels of the same carriage. The carriage cannot properly if one of the wheels is defective. So, Women are an integral part of society.

[the_ad id=”17141″]As Pakistan is an Islamic state so Pakistani females’ roles and behaviors are defined by Islamic laws and as such are given divine sanction. She plays roles as a mother, a sister, a daughter, and a wife. She plays her roles with great responsibilities in the upbringing of a healthy solid society, but she is in our so-called modern world, still living in chains.

“Man endures pain an undeserved punishment; woman accepts it as a natural heritage”.

The main responsibility of a woman is to preserve the human race. As a mother, her position is unique. She brings up the children with extreme care. The first of a child is the lap of his mother. It is quite true that great mothers.

“Give me good mothers and i will give you a good nation”.

The basic unit of society is a woman. As a woman makes a family, a family makes a home, and homes make a society. So, we should never think that a society would come into existence without the contribution of women. We all know that without education, no development is possible. Here we have forgotten that the very first and best school of a child is its mother’s lap.

Arabia, the origin of Islam, in pre-Islamic ages was wrapped all over by a blanket of evil deeds, wicked thoughts, and immorality. Women were the most affected during that time. They were treated like animals. They were only used as toys and they were worse than slaves. The newborn baby girls were alive as they that the girls were the curse for family and society. Allah’s blessings are upon that home and parents that have daughters. With the advent of Islam, the woman got the respect and status in society that she ever deserved. this respect,

Our Holy Prophet (SAW) has said:

“verily the paradise lies under the feet of your mother”

“Women have the same rights in relation to their husbands”.

And the Holy Quran also says:

In the Quran, there are many places where the Holy Book tells us the important place of women in society. Isalm gives a right to woman to many independently. In short, Islam gives all rights to women, which are necessary.

Western countries have tremendously developed in all fields of life. Their education, their health departments, the departments of information technology are in the highest rankings. They are educating and encouraging both sexes equally and discriminating against none. Like this there is competition and where there is competition there is invention and invention leads to massive developments.

“If women are expected to do the same work as men, we must teach the same thing”.

Pakistan is an Islamic country and exists and functions in the context of its unique set of historical, social, economic, and political circumstances. Pakistan is an underdeveloped country and most of its population is of the youth. It’s a golden chance for Pakistan to rightly utilize the youth’s energies. Women are more productive than men; if in Pakistan they are given the right platform they will smoothly carry the nation towards development.

“whatever glory belongs to the race for a development unprecedented in history for the given length of time, a full share belongs to the woman-hood of the race”.

For a society to be a pure society, both men and women should think, dress, and behave in ways that allow pure society and actions to dominate the way of life and create a social climate conducive to the achievement of the real goal.

“Nobody can make you feel inferior without your permission”.

The position of women is a significant aspect of consideration throughout the world. They make up half of the world and more than that no evolution is possible without their active participation in the process of life. They are assigned diverse roles in different eras. Today women have covered a long distance towards progress and prosperity.

A woman has a crucial role in the set-up of a family. Whether she is a daughter, sister, wife, or mother, she has to deal with the core issues in the scheme of familiar life.

The position of women is not satisfactory in our society. In villages, they are more backward. They are exploited at every step. Out society is male dominant. Women have to lead their lives according to the will of their male guardians. They can not choose their path of career. They can not marry with their own free choice. They are bound to serve their family as humble servants. They can not make decisions about their affairs of life. They are subjected to torture. They face violence and live under pressure. They are suppressed in every walk of life.

In cities, the situation is rather better but still needs a lot of improvement. Working women have to face sexual harassment. They are commonly subjected to discrimination. They can not claim equality. They don’t enjoy equal rights of movement. They are bound to obey their male members.

In advanced countries, the situation is quite different. There is a role of law. And state and indigenous culture safeguard the rights of women. Government and law enforcement agencies ensure justice to them. Help is readily available in any irregularity. Then the availability of justice is easy and sure. Basic women’s rights are acknowledged by everyone. Women are given equal opportunities to flourish in every walk of life. They sometimes complain against male misconduct but their grievances are addressed properly and they are given relief in every possible way.

In our country, there is a huge gender gap. Unfortunately, the sorrowful state of affairs is generally accepted as an inevitable way of life. Our women are lagging far behind men. Some exceptional causes are also where women are leading but the majority of them are in a miserable condition.

First of all, we should realize that women are also human beings like men and they have the same women’s rights as are entitled to men. They should be given all the rights which are mentioned in the Declaration of Human Rights of the United Nations and the Holy books of Islam. They should be educated like men and should give equal opportunity in every sphere of life. All these can be achieved only when we shall give them economic freedom and basic liberties as respectable citizens of this country.

My Name is Ahmad Ali.

The Man Who Hesitates is Lost Essay

Secret of Success in Life Essay